“May be we have different personal goals and interests – but, we have ONLY ONE EARTH”, Prof Andjelka Mihajlov, Environmental Ambassador for Sustainable Development,  addressing SDGs process, 2013

December 2019: Shadow Report on the VNR of the Agenda 2030 implementation in Serbia is finalized

November 2018: For your attention: Ministerial Conference “Innovative Solutions to Pollution in South East and Southern Europe” , Belgrade, December 4-5 ; To report: The first Regional Conference on Circular Economy was success

May 2018. We participate: Consultations of the Committee with NGOs in consultative status with ECOSOC regarding the evolving relationship between the NGOs and the United Nations

EASD participate: Summit to Plan the End of Amalgam in Europe 2017– November 20-21, Berlin

Participation (as non funded participant) in the first meeting of the intersessional process considering the Strategic Approach to International Chemicals Management (SAICM) and the sound management of chemicals and waste beyond 2020 approved, Brasil, February 2017

Agenda 2030 and SDGs in the focus of EASD work

July 2015: Recognition and encouragement for further work: special consultative status in UN ECOSOC for our organisation

June 2015: The zero draft outcome document for the post-2015 summit has been posted

May 2015: Toxic pesticide globally banned after (un)precedented vote at UN meeting on chemicals

April 2014 – Still time to contribute with comments on UNDP’s draft Social and Environmental Standards  (due date May 2, 2014)

December 2013 – Towards APPROPRIATE balancing of the environment, social and economic dimensions of sustainable development , participatory round table, Belgrade

Signposts to the 2015 new Development Goals , December 2013 ( much more of our team position  in Serbian….)

The sixth session of the Open Working Group is schedule for 9-13 December 2013 and will deal with Means of implementation (science and technology, knowledge-sharing and capacity building); Global partnership for achieving sustainable development, Needs of countries in special situations, African countries, LDCs, LLDCs, and SIDS as well as specific challenges facing the middle-income countries, Human rights, the right to development, global governance.

The fifth session of the Open Working Group on Sustainable Development  is scheduled for 25-27 November 2013, and will deal with Sustained and inclusive economic growth, macroeconomic policy questions (including international trade, international financial system and external debt sustainability), infrastructure development and industrialization.

In addition, a two day inter-sessional meeting between the Open Working Group and Major Groups and other Stakeholders will be held on 22 November 2013 (second day in early 2014 – date to be confirmed). The meeting will provide an opportunity to hold an open dialogue with the Open Working Group.

On October 24, EASD join the worldwide celebrations to mark the UN Day – the anniversary of the entry into force in 1945 of the UN Charter.  According to Ban Ki-moon, UN Secretary General, the Millennium Development Goals have cut poverty in half. “Now we must maintain the momentum, craft an equally inspiring post-2015 development agenda and reach an agreement on climate change,” he stated.  To mark the Day, EASD organize a discussions on the environmental rights and environmental security.

On July 26th 2013th The UN General Assembly, as a preparatory document for the meeting in September, released a report of UN Secretary General (A-68-202).

There has been an call through the Global Thematic Consultations, for environmental sustainability to be at the heart of the post-2015 agenda, which not only fully integrates the three dimensions of sustainable development but also embraces equality, human rights and resilience to achieve multiple benefits for poverty eradication and human well-being, while respecting the earth’s resources and needs of future generations. EASD is contributing to ongoing efforts to strengthen integrated implementation of the three dimensions of sustainable development (including respond to discussions papers like Discussion Papers on Environmental Sustainability and the Post-2015 Agenda).

The Open Working Group on Sustainable Development Goals (OWG) is tasked with preparing a proposal on SDGs to be presented to the UN General Assembly at its 68th session. The OWG is holding 8 sessions from March 2013 to February 2014, with various thematic focus. Major Groups and other Stakeholders can contribute to the OWG sessions by contributing to the corresponding Major Groups Thematic Clusters through the Sustainable Development Knowledge Platform.

This work is also relevant to ongoing intergovernmental processes on the post-2015 agenda and sustainable development goals (SDGs). 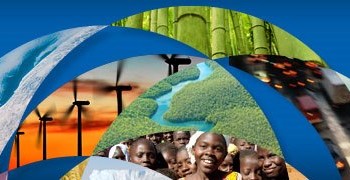 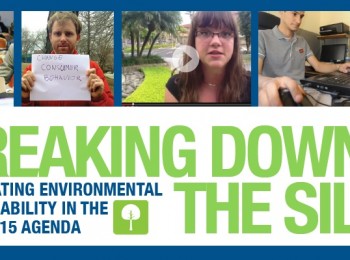