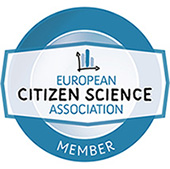 The European Citizen Science Association (ECSA) is a non-profit association set up to encourage the growth of the Citizen Science movement in Europe in order to enhance the participation of the general public in scientific processes, mainly by initiating and supporting citizen science projects as well as performing research on citizen science. ECSA is framing citizen science as an open and inclusive approach, for example by supporting and being part of the exploration, shaping and development the different aspects of the citizen science movement, its better understanding and use for the benefit of decision making.