The iconic Blue Flag is one of the world’s most recognised voluntary eco-labels awarded to beaches, marinas, and sustainable boating tourism operators. In order to qualify for the Blue Flag, a series of stringent environmental, educational, safety, and accessibility criteria must be met and maintained. National operator in Serbia is EASD.

EASD Activity circles  represent the scope of our activities. EASD was approved as the FEE FULL MEMBER ORGANISATION at FEE GA in June 2014.

Related documents for application , as well as activities,  are posted in Serbian , and on separate FEE Serbia web page.

January 2016: National jury and Committee for FEE programs in Serbia

Activity on Blue Flag Beach in Serbia among the five continental winners of the 3rd IOC Sport and Environment Awards. This is recognition for outstanding initiatives in the field of environment and sustainable sport, in particular cleaning the bottom of the lake. See also FEE site.

In 2012 only Ada Ciganlija-Sava Lake Beach in Belgrade deserved this important international certification. Nominated by National Jury to be awarded with Blue Flag in 2013 (noted in media  ) 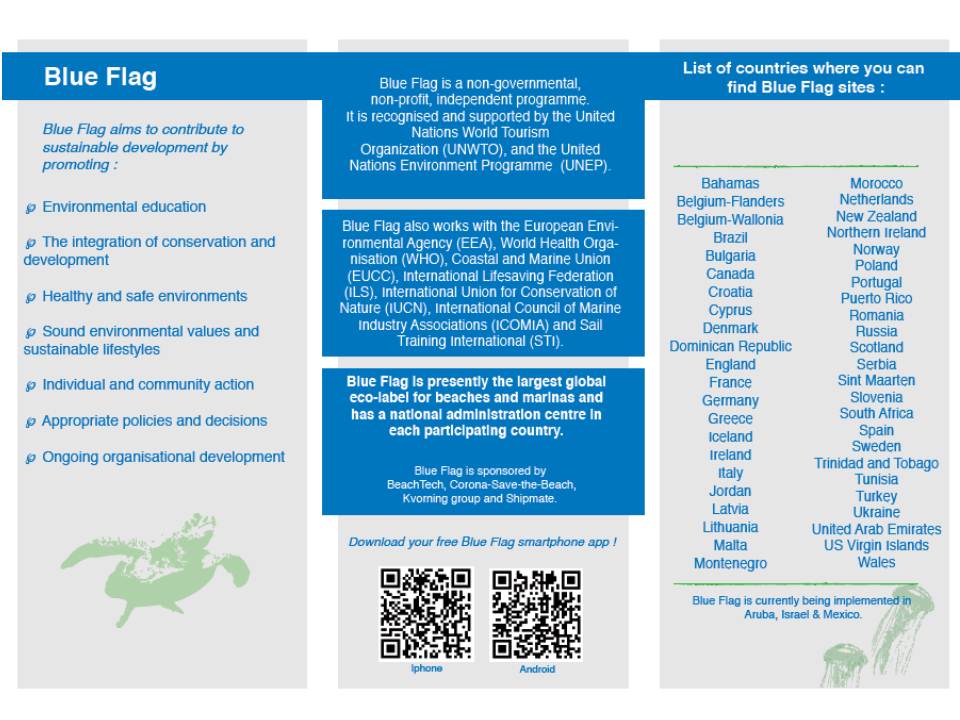