Sub-Regional Consultation Meeting on the Establishment of the South East European Platform to Beat Pollution – SEEPP was held on June 24-25, 2019, at the premises of Vienna International Center. The meeting was organised by UN Environment – Vienna Programme Office in the framework of the project “Regional Cooperation in South Eastern Europe to Beat Pollution”, funded by the Directorate for Sustainable Development, Environmental Damage, European Union and International Affairs of the Italian Ministry of Environment, Land and Sea. This meeting is continuation of the process started in December 2019, during the Ministerial conference held in Belgrade, and side event, organized in margins of UNEA4, in March 2019, at the premises of UN Headquarter in Nairobi.

The countries of South East Europe and specifically countries from the Western Balkans, should stronger address crucial reforms and complete political, economic and social transformation, in order to fulfill requirements on their respective European paths. This is strong connected with complying with the EU Environmental acquis, what means opening of negotiations on Chapter 27 on Environment and Climate Change, which has not realized yet for some countries. At the global level, the 2030 Agenda for Sustainable Development, including its 17 Sustainable Development Goals (SDGs) is going to shape national development plans over the next more than 10 years. Progress towards achieving the Sustainable Development Goals targets can be obtained by tackling pollution through existing agreements and synergies with different international initiatives.

Taking into account need for urgent action to beat pollution at all levels, supported by all sectors and involving all relevant stakeholders, South East European Platform to Beat Pollution – SEEPP should be established, with participation not only respective SEE countries, but also with all other actors having interest in this region.

During the Sub-Regional Consultation Meeting, civil society role in the future Platform was discussed among representatives of governments, CSOs and UN bodies. Possible roles of CSOs might be following:

Regarding the last mentioned, Env.net network was presented as good and stable regional network, that can have high impact in future Platform. Environmental Ambassadors for Sustainable Development, together with Env.net partners from EEB and Co-plan, presented current state of the progress during seven years of existing of the Env.net. The main discussion, which is still opened, is regarding the self-designation of civil society organisations and a role within the Taskforce of the Platform. In the next period, it is expected that this and other crucial issues will be clarified, with active participation and contribution of CSOs representatives from the SEE region. 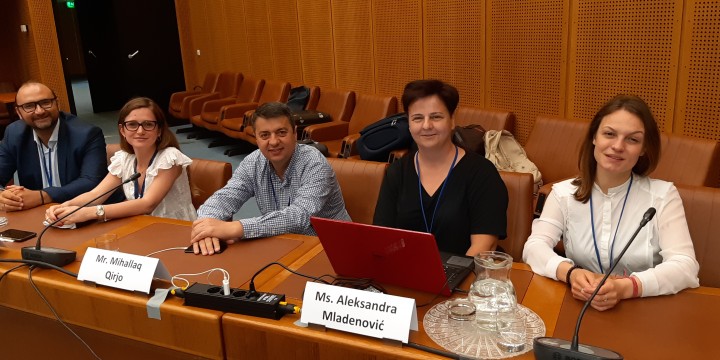