EASD is organisation accredited in ECOSOC.

Having that mandate, we submit statement for the event “16th Session of the Committee of Experts on Public Administration (CEPA) – ECOSOC Accredited NGOs” .

The Committee of Experts on Public Administration held its sixteenth session at the United Nations in New York from 24 to 28 April 2017. Its theme was “Ensuring effective implementation of the Sustainable Development Goals: leadership, action and means”. A key message of the session was that government and public institutions have the leading role to implement the SDGs and pursue policies to leave no one behind. 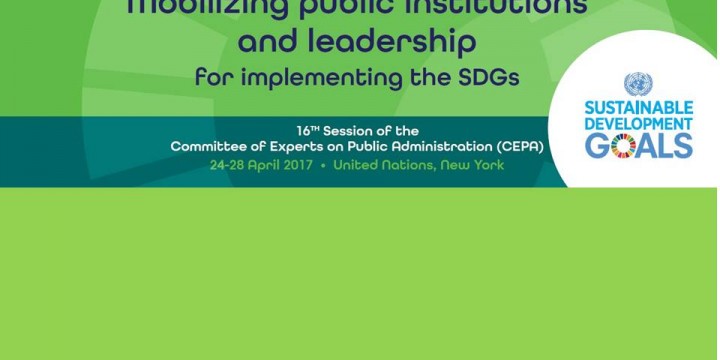