Blue Flag 2014 National Jury Meeting was held on 11 February of 2014.   For this international eco-certification 1 beach in 2014. has submitted an application, and none of the marina in Serbia did not apply. Consequently, on Agenda of National Jury Meeting was  the application for the beach Ada Ciganlia – Sava Lake (Beograd), completeness of documentation and presented results. After that, members of the Jury have taken the position of a positive decision at the national level, and it was decided that the documents with a positive recommendation will be forwarded to the International Jury  based in Copenhagen,  for the final decision. To note, that this beach already have Blue Flag for two years. 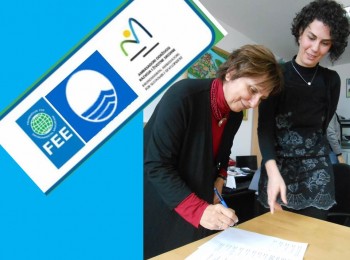