Education power: Ranking of universities in 2013

EASD review team made the outline view, which shows that the “educational leader “on a world level are universities in the United States (listed), and in Europe are: United Kingdom, Switzerland and Germany (according to the number of universities that were in the top 100). 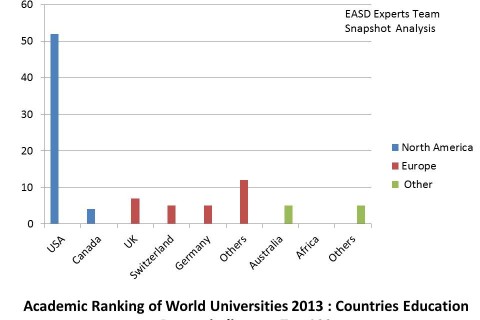